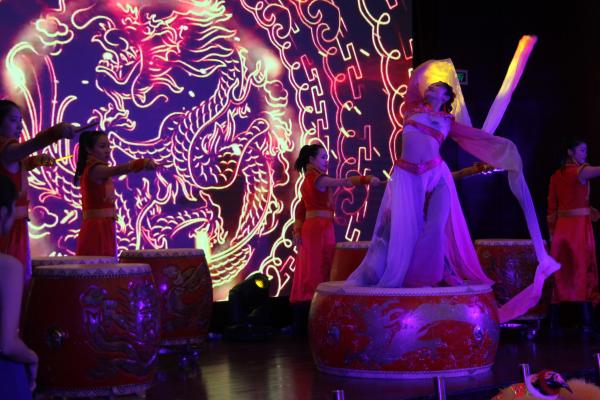 SATRA was established in 1919 and the organisation formally recognised its centenary earlier in the year in May when His Royal Highness The Duke of Gloucester visited SATRA in Kettering to unveil a specially commissioned external sculpture designed to represent 100 years of research and testing. To recognise the important technical relationships SATRA has developed with companies in Asia, a second centenary event was held in China 28th November 2019. 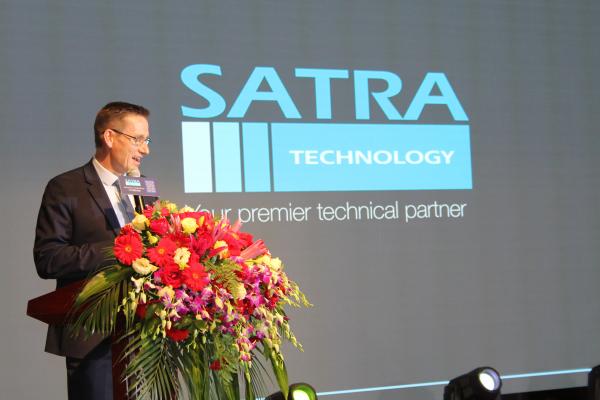 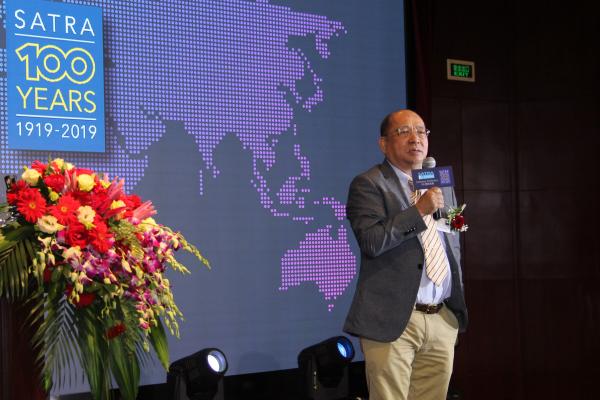 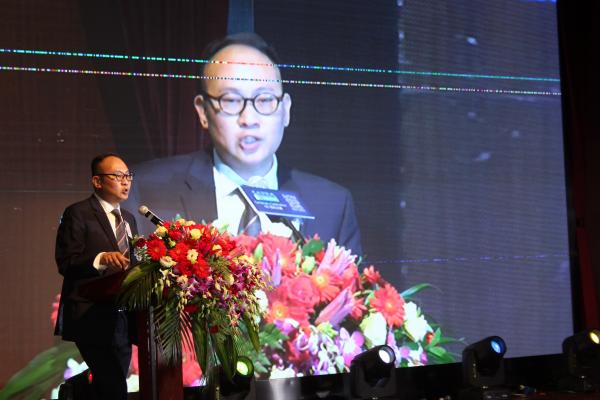 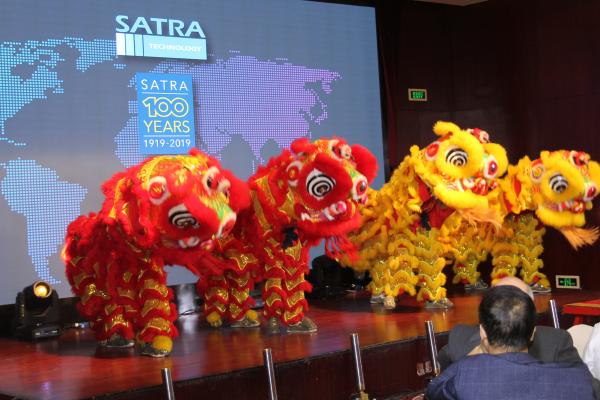 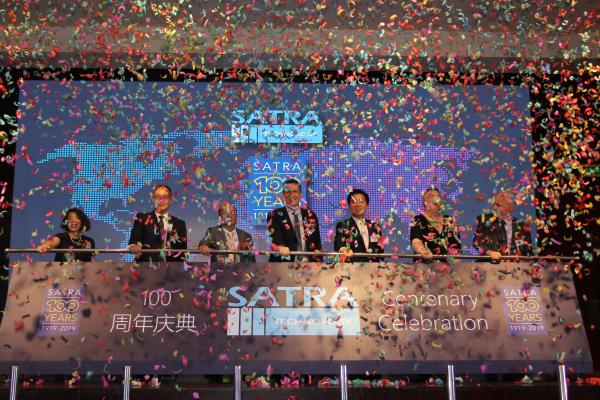 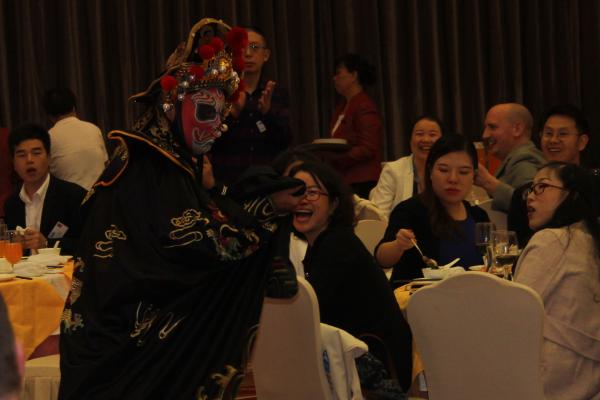 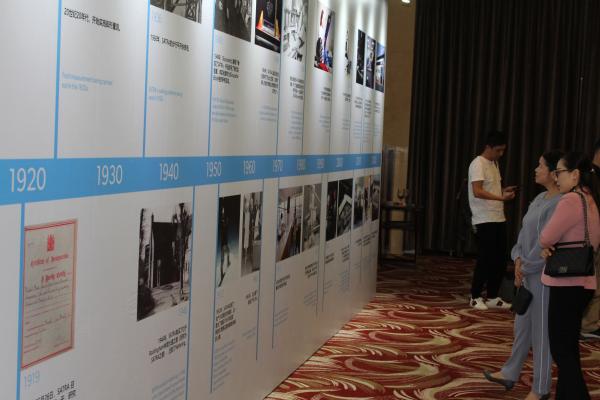 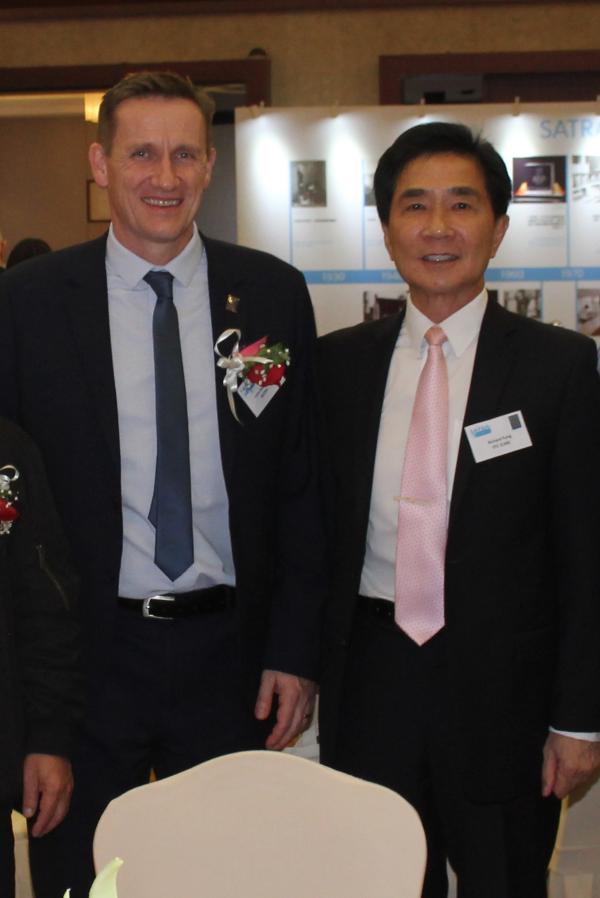 The China centenary day started with a China Advisory Board (CAB) business meeting at SATRA’s facility in Dongguan during which SATRA chief executive, John Hooker, was presented with a painting on behalf of Khoi Toan, SATRA’s authorised distributer of SATRA test equipment in Vietnam.

A well-attended ceremony was organised for the evening, held at the Pullman Dongguan Forum Hotel. The entire China office team was present, along with CAB members, guests from over a hundred companies, and Mr Hooker, Christine Powley-Williams and Peter Allen from the UK.

Guests were invited to sign a welcome board on arriving and then entered a cocktail reception where one side of the room was filled with a massive timeline display that told SATRA’s story through significant achievements from the last 100 years.

The entertainment started with a performance by a Chinese drum troupe providing colour and rhythm ahead of speeches from Mr Hooker, Anthony Mak, SATRA’s general manager in China, and Robert Tsai who gave an impassioned tribute to SATRA and described how his company, General Shoes, has benefited from its SATRA membership during the past 27 years.

After the speeches, guests continued to be entertained with a traditional Chinese lion dance, which started when the costumes’ left eyes had been painted. When the lions had completed their performance, the hosts and dignitaries were invited back to the stage to officially recognise the centenary by triggering a burst of confetti.

During the banquet that followed, a Chinese face changing performer worked close among the tables demonstrating the art of changing face masks as if by magic.

Before the end of the evening, Mr Hooker ensured he visited every table to personally acknowledge everyone there and to celebrate SATRA’s achievement of 100 years of service.