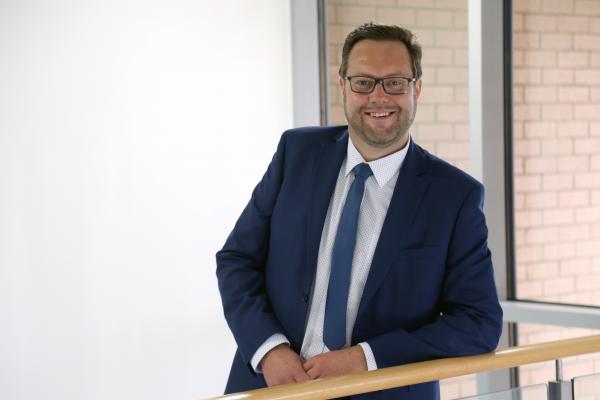 Michael Bodsworth – who initially worked at SATRA in the 1990s – has returned as executive director, responsible for driving the company’s growth within the footwear sector. In 1995, he started working in the Technology Centre’s laboratories and gained his Honours Degree in Materials Science from Coventry University during this time. Michael gained considerable knowledge and experience of footwear and testing, including the use of outsoles, all aspects of fashion footwear, comfort evaluation, last production and fitting. He was also involved in innovative research and was trained by many of the technical experts who are still with us today.

After eight years of SATRA service, Michael joined retailer Asda and became a technologist working on the George brand. Having developed a broad experience, he moved on to further his career at Kettering-based footwear sourcing specialist Goldline where, over fifteen years, he rose through the business to the position of technical director. In this role, Michael gained extensive experience of manufacturing and sourcing from various regions of Asia across all genders and price points. This connection with many major UK retailers gave him exemplary knowledge throughout the supply chain.
Commenting on his new position, Michael said: “I am excited to be returning to SATRA with an increased footwear, scientific and specialised knowledge, combined with commercial and executive experience – all of which I aim to use to ensure that SATRA continues to be the world’s leading research and technology organisation and maintains a high level of service to its members through this unprecedented time and beyond.”