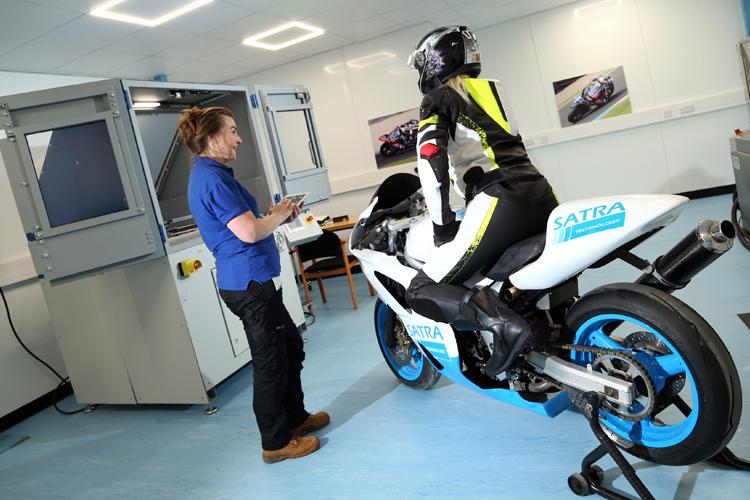 The laboratory was opened on Friday 19th November 2021 by Jamie Perrin, a Kettering-born GP2 rider.

The event was hosted by SATRA chief executive John Hooker and Simon Courtney (head of SATRA’s PPE division), who led a session on SATRA’s motorcyclists’ personal protective equipment testing and certification services, which is particularly relevant considering the recent introduction of the UKCA mark.

Attendees were able to visit the motorcyclists’ PPE laboratory for an opening ceremony which featured Jamie Perrin, whose race leathers were sponsored by SATRA for the 2021 season. This was followed by demonstrations of tests regularly performed on motorcyclists’ personal protective equipment.

Simon Courtney commented: “The laboratory is a great addition to our existing personal protective equipment testing and certification services, allowing us to offer more specialised services that fit the motorcyclists’ PPE industry’s needs. We look forward to further developing our offer to businesses in this space.”